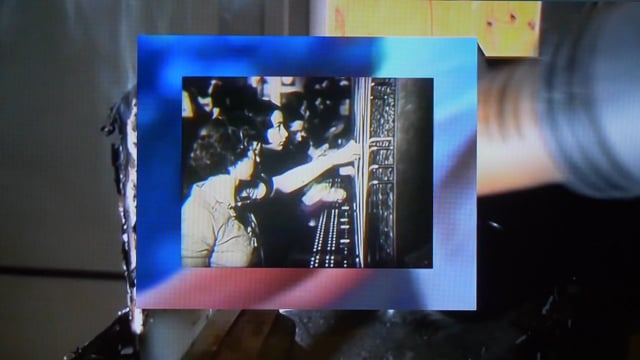 The first computers were programmed by women, 75 years ago, and women wrote the software behind Neil Armstrong’s ‘giant leap for mankind’. Since then, IT has become ever more important and gradually turned into a field for nerds where women seem out of place altogether. But the tide is turning: a new wave of Computer Grrrls presents itself in MU.

The exhibition highlights the historical role women played in the development of computer science but it also offers self­ defence instructions against technology, outlines the relationship between gender and algorithms and reveals dazzling visions of the future. 22 artists obliterate the existing representation of women and computers. They de­colonialise the internet and reclaim their place in the technological domain. Meanwhile, with each work, they create room for new forms and ideas, for dialogue and reflection. Hilarious, poetic, critical and visionary: this is Grrrl Power.

Computer Grrrls is produced by HMKV, Dortmund and La Gaîté Lyrique, Paris in partnership with MU. The exhibition is curated by Inke Arns and Marie Lechner and dedicated to Nathalie Magnan (1956­-2016).

The Scene is Here