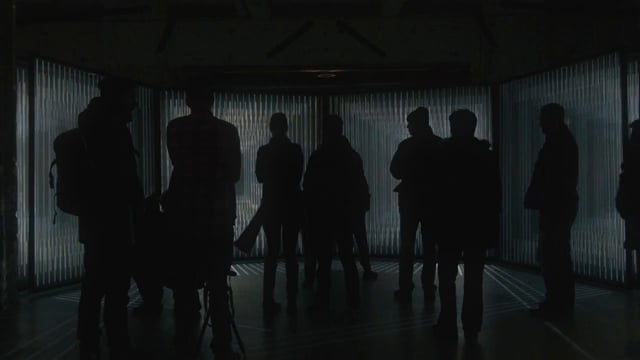 NONOTAK plays with relationships between audience, perspective, light, shadow and setting in their two brand new installations DAYDREAM V.4 and SILHOUETTES. These audiovisual light installations that alter space and sound are accompanied by the latest NONOTAK performance: LATE SPECULATION. All in a mix of electronic music and dynamic visuals.

NONOTAK is a collaboration of illustrator Noemi Schipfer and architect and musician Takami Nakamoto. The duo has been experimenting radically with space, light and sound since 2013. Looking at their work, your senses are likely to deceive you.

DAYDREAM V.4 is an audiovisual installation that causes spatial aberrations by manipulating factors like space, time, acceleration and transformation. The second installation, SILHOUETTES, constitutes a dialogue between space and light, turning dots into lines and twisting lines into arches. These installations are being developed especially for MU and STRP SCENE #3 and will be shown exclusively during Glow Next. In addition to the works that they create for STRP SCENE #3, NONOTAK will return to the Netherlands to fascinate the audience again during the STRP Biennial 2015.

During Glow Next, 8 to 15 November, MU will be open every evening, while each night at 9pm, NONOTAK will play the live performance LATE SPECULATION.