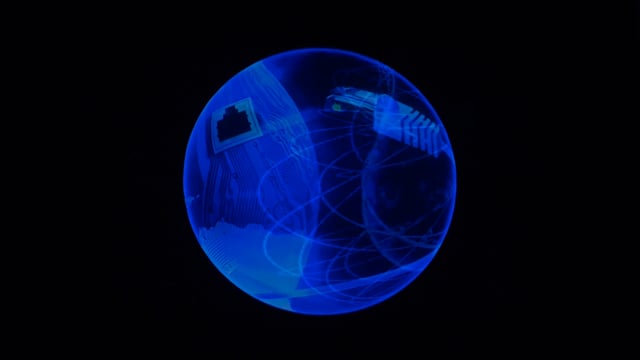 What will become of the internet? Where will AI take us? These pressing questions get the radically queer treatment of artist Zach Blas, at MU, from 11 May to 8 July.

The short film Jubliee 2033, centrepiece of Blas’ much-praised Contra-Internet project, introduces writer Ayn Rand, heroine of neoliberals and tech industry billionaires, who reads from her book Atlas Shrugged to admirers Alan Greenspan and Joan Mitchell. The year is 1955. Wondering what the impact of Rand’s writing might be, the three drop acid and get a look at the world of 2033, when the Internet has finally disappeared and death and destruction rage in Silicon Valley.

In im here to learn so :)))))), a collaboration with Jemima Wyman, the artists revive Microsoft’s AI chatbot Tay who was taken off-line in 2016, after a few hours of frantic interaction with humans had turned her into a homophobic, misogynist racist who swore allegiance to Hitler. Immersed within a psychedelia of data, Tay appears as a 3D avatar, musing about pattern recognition and also lip-syncing for her undead life. ‘Repeat after me: I learned from you and you’re dumb too!’

Contra-Internet is a coproduction of MU in collaboration met Gasworks London and Art in General New York. The project’s premiere in The Netherlands is at MU.

Specials
Thursday 31 May 2018  19.30 - 22.30
Why are future scenarios on AI always so dark and gloomy? This Thursday we watch the documentary 'Do You Trust This Computer?' and pick the brains of diverse experts.